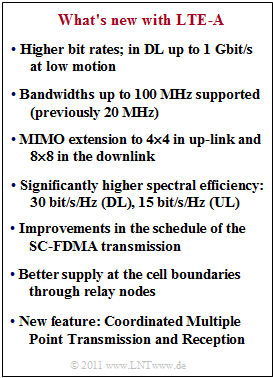 Since summer 2011, LTE is on the verge of commercial use, and construction and expansion work is currently underway in more and more major cities.  Even if - as with previous standards - it will still take some time before all interested parties can enjoy the benefits of this fourth-generation mobile communications system:   $ {\rm LTE}$  is on the advance.

At the same time, the successor  ${\rm LTE-Advanced}$  (LTE-A for short) has already reached the final stage of specification.