The Professorship "Line Transmission Technology" and the LNT

The Department of  Line Transmission Technology  $\rm (LÜT)$  was established in 2004,  when the former LNT doctoral student  Norbert Hanik  returned to the TU Munich and was appointed as its head.  But already since the 1960s, the Chair of Communications Engineering, headed by Professor  Hans Marko,  had worked very intensively and also successfully in this field.

In 2014, this field became the "Line Transmission Technology".  More information can be found on the  LÜT homepage.

Organizationally, three research groups of the  $\rm LNT$  are combined in one "teaching and research unit",
the  Institute for Communications Engineering  $\rm (ICE)$,  namely 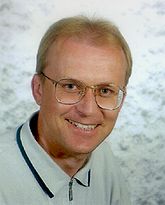 Norbert Hanik was born in 1962 in the Bavarian town of Wemding in the Donau-Ries region and studied at the Faculty of Electrical Engineering and Information Technology at the Technical University of Munich from 1983 onwards, specializing in communications engineering.  In 1995, he received his doctorate from Prof. Hans Marko at the LNT on "Nonlinear effects in optical signal transmission".  He then worked at the Technology Center of Deutsche Telekom AG in the field of optical transmission technology,  since 1999 as head of the research group "System Concepts of Photonic Networks ".  In 2002, he was a visiting professor at the COM Research Center of the Technical University of Denmark (TUD) in Copenhagen.

With effect from April 1, 2004, Norbert Hanik was appointed to the (current) professorship for "Line Transmission Technology" at the Faculty of Electrical Engineering and Information Technology at TUM.  He thus returned to his home chair after nine years in Berlin.  After the death of our chair holder Prof.  Ralf Kötter,  Norbert Hanik was appointed acting head of the LNT in Spring 2009.

$\text{Biography of Norbert Hanik on the LÜT homepage}$

Bernhard Göbel, born in Munich in 1978, finished his studies of electrical engineering and information technology at the Technical University of Munich in 2004 after semesters abroad in Southampton and Princeton with a diploma thesis on the investigation of genetic diseases using information theory.

From autumn 2004 until the end of 2010, Bernhard Göbel was an assistant to Prof.  Norbert Hanik  in the department of "Line Transmission Technology".  After a research stay at Bell Labs in New Jersey, he received his PhD in 2010 on the topic of "Information-theoretical properties of fiber-optic communication channels".  In addition to supervising courses, his other responsibilities included managing the CITPER project,  which was initiated by the European Union.

After completing his doctorate, Dr. Göbel moved to Volkswagen AG in Wolfsburg,  where he began training as a patent attorney.  In 2014, he returned to Munich and is now working for BMW AG. 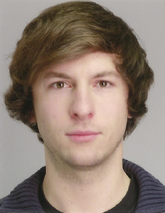 Tasnád Kernetzky was born in 1987 in Marosvásárhely  (today: Târgu Mureș, Romania).  He studied Electrical Engineering and Information Technology at the Technical University of Munich from 2009 and graduated in 2014 with a master thesis on the transmission characteristics of  "Powerline Communication" (PLC) systems.

Since December 2014, he has been working as a Ph.D. student with Prof. Norbert Hanik in the professorship "Line Transmission Technology systems" – initially in cooperation with SIEMENS AG continued on the topic  "PLC".  The focus of his current work is on the simulation of nonlinear optical transmission systems with multi-mode fibers and optical waveguides.

In teaching, Tasnád is responsible for the exercises for the lecture  "Fundamentals of Information Technology (LB)"  by Prof. Hanik.  Besides, he organizes the  "Advanced Seminar Digital Communication Systems".

Since the beginning of 2016, Tasnád has been involved in the system administrator of the chair computers.

For years, Tasnád has been intensively involved in the LNTwww team as a system/web administrator,  and is one of the project managers without whom nothing went: 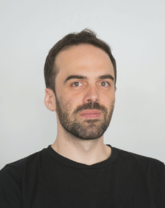 Since February 2017, he is working as a PhD student with Prof. Norbert Hanik in the professorship "Line Transmission Technology".  His current work focuses on the topic "Fiber optic communication using nonlinear Fourier transform".  Furthermore, he is responsible for the supervision of the lecture "Physical Layer Methods" and also conducts the corresponding tutorial.