All modulation methods can be alternatively classified as:

However,  a closer look will reveal that there are a few more differences between these methods.  This will be discussed in more detail below. 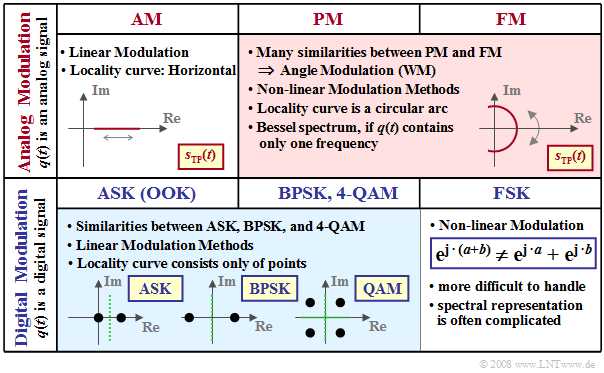 Analog and digital AM, PM and FM methods

The following diagram shows some of the differences with respect to the classifications given above.

However,  this also means:   The BPSK spectrum is continuous in $f$,  unlike the analog PM of a harmonic oscillation  (only one frequency!).   If one were to consider BPSK as analog PM with digital source signal  $q(t)$,  then an infinite number of Bessel line spectra would have to be convolved together to calculate the power-spectral density  ${\it Φ}_s(f)$  when  $Q(f)$  is represented as an infinite sum of individual frequencies.

then the  FSK transmitted signal  in the  $ν$–th time interval is:

Another important descriptive quantity in this context is the  "modulation index",  which was also already defined for analog frequency modulation as  $η = Δf_{\rm A}/f_{\rm N}.$     For FSK,  a slightly different definition is required,  which is taken into account here with a different variable symbol:   $η   ⇒   h$. 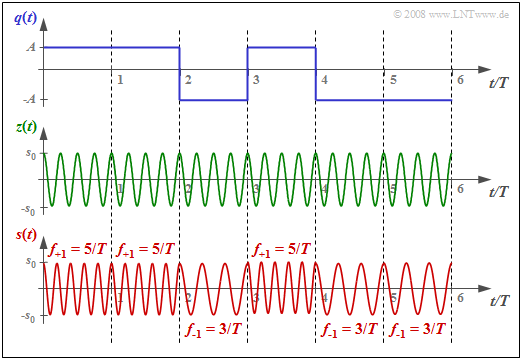 This results in the following characteristic values for the FSK system:

The diagram shows the best possible demodulator for binary FSK that operates coherently. 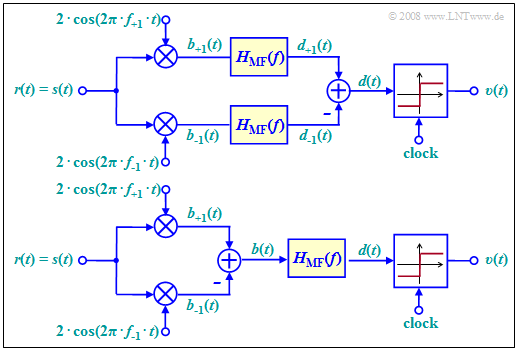 This demodulator operates according to following principle  (see upper arrangement):

The upper block diagram has been drawn according to this description for better understanding.

$\text{Definition:}$  One speaks of  orthogonal FSK,

then the bit error probability is given by:

However,  while non-coherent demodulation is not possible under any circumstances in binary phase modulation (BPSK),  there is also a  "non-coherent FSK demodulator",  but with a somewhat increased probability of error:

The derivation of this equation is given in the chapter  "Carrier Frequency Systems with Non-Coherent Demodulation"  of the book  "Digital Signal Transmission". 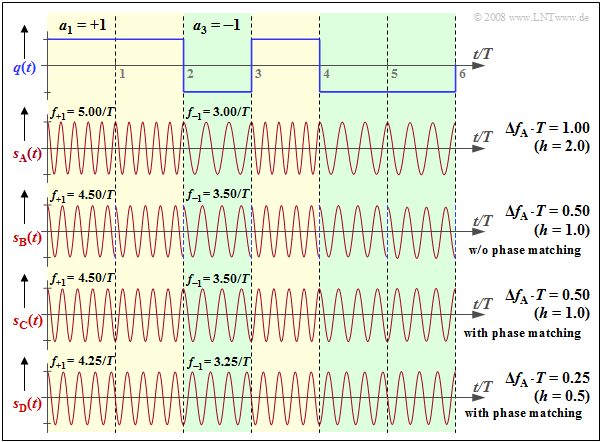 The graphic shows the block diagram for generating an MSK modulation and typical signal properties at various points of the MSK transmitter. One can recognize 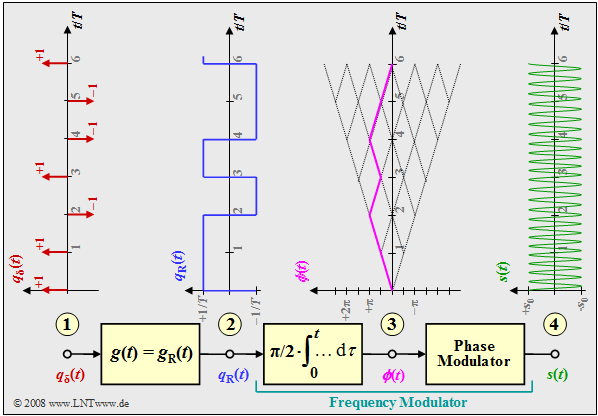 Compared with the conventional offset QPSK implementation (upper graph),  the following modifications must be taken into account,  which are highlighted in red in the lower graph: 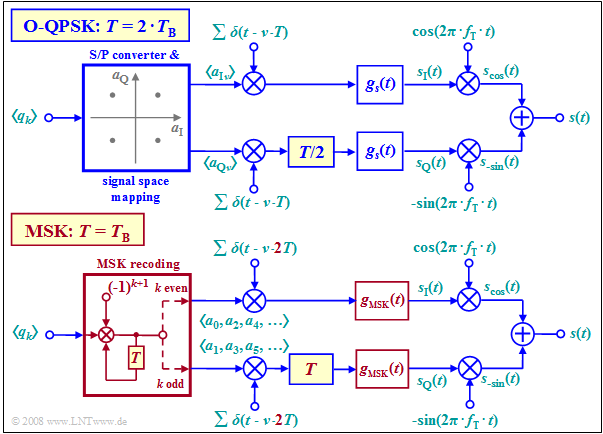 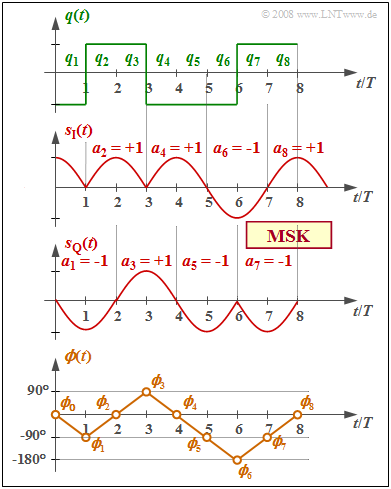 From the comparison of the top and the bottom diagrams,  one can see:

We will further assume that the source is characterized by the amplitude coefficients  $a_ν$.

The  phase function  $ϕ(t)$  in  "Continuous Phase Modulation"  $\rm (CPM)$  can be generally represented in the following form   $(h$  denotes the modulation index$)$:

Many CPM variants can be realized by appropriately choosing the pulses  $g(t)$  and  $g_ϕ(t)$ . Some of them are shown on the right. 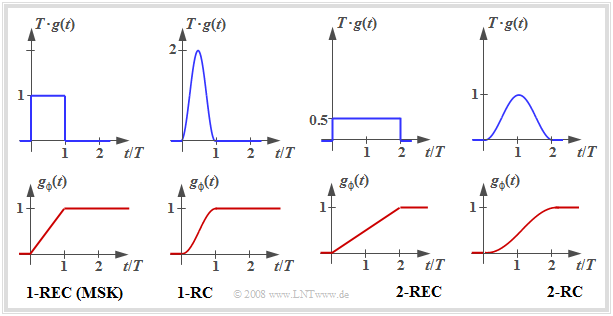 Frequency pulse and phase pulse of some CPM variants

The other CPM variants were designed with the goal of further reducing the already small bandwidth of the MSK signal:

The spectral calculation of CPM procedures is complicated in general.  Only the special case  "MSK"  leads to equations which are easy to handle,  as shown in  Exercise 4.14.

For detailed information we refer to the technical literature,  for example in the recommended text book   [Kam04][2].

One advantage of Minimum Shift Keying is the low bandwidth requirement,  because:  Bandwidth is always expensive. 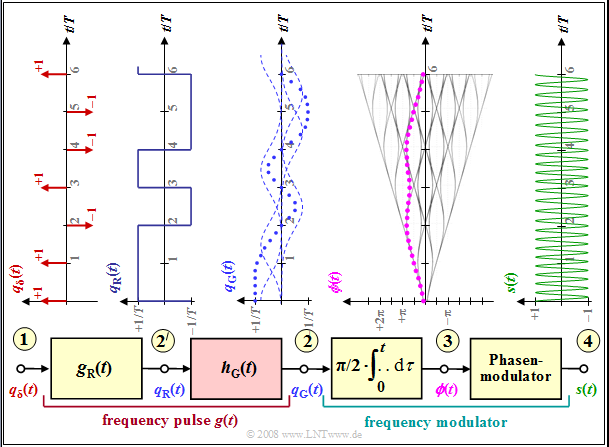 From the graph one can see:

Exercise 4.14: Phase Progression of the MSK